When I started fly fishing over thirty years ago, one of the attractions to the sport to me was the art of fly tying. Having the ability to create something from fur and feather that will catch Trout was a miracle to me. A good friend at the time who also taught me to cast, showed me the basics of the “black art” of building flies.

I say “building” because that is what we do, shapes change thoraces and abdomens vary in size but their proportions are nearly always the same, as is the addition of legs or hackles, proportions rule.

The “Spider” patterns, especially those originating in Northern England sometimes are tied with hackles which to the human eye seem too long, but the fish love them! Obviously this gives a lot of leeway to the tyer, especially if they are new at the vice.

For my first foray I thought we would cover the basic patterns of spider, this week the Black and Peacock or B&P as it is often noted on catch returns. Its simple construction of three materials should be within the gift of any tyer with patience and it’s a really good pattern for late autumn / early winter fish. Tied on a long shank (4X) hook in larger sizes and tied “fat” it’s a useful caddis imitator in spring too. 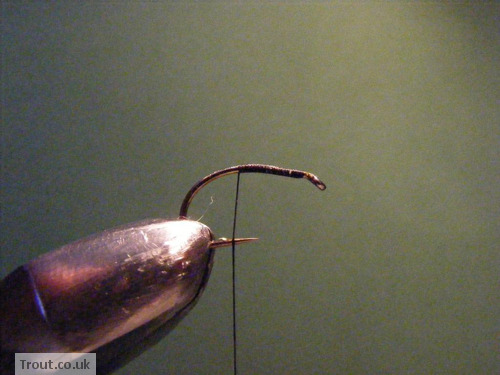 Catch in the thread about a half millimetre behind the eye and wind in touching turns towards the bend of the hook, stop the thread between the barb and point. 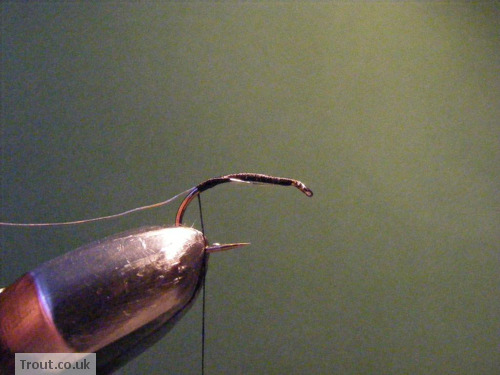 Cut a length of ribbing material about 4” long then catch in the wire underneath the hook and bind down with thread to a position just behind the barb. 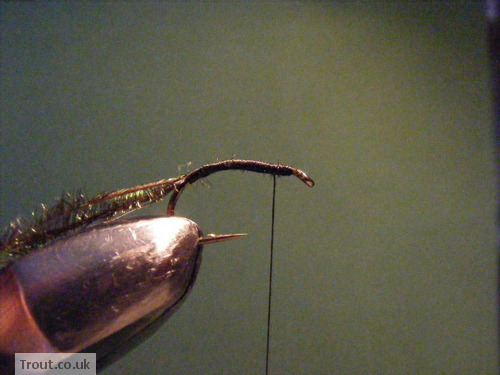 Catch in two lengths of peacock herl tips first, level with the starting point then bind down towards the eye with touching turns.

TIP – Select two herls of the same length then lay them parallel, tips together and nip off the first 12mm or half inch of the tips with your finger nails, it will help prevent them snapping as you perform the next step. 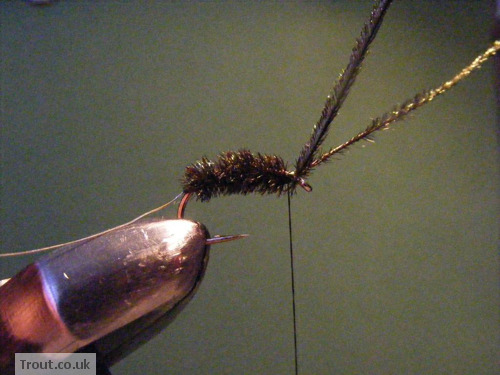 Wind the herls forward towards the eye in touching turns, slowly and gently as they can be fragile. Stop the body about 2mm behind the eye. Secure with three firm turns of thread. Remove excess herl. 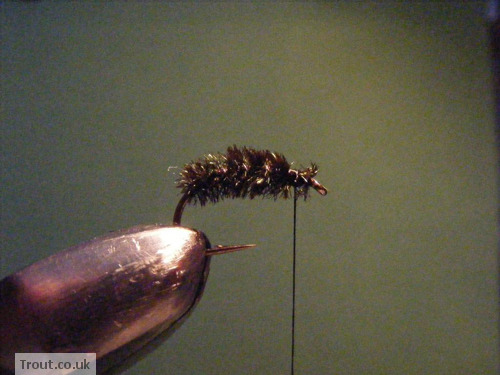 Wind the rib forward in four firm but even turns in a counter direction to the herl. So, if you wound on the herl clockwise, wind the rib on counter clockwise to lock the herl to the shank. (It’s amazing how many folk don’t counter wind the rib then wonder why their fly has literally fallen apart after catching their first fish on it!) Secure the end of the rib by twisting the wire once around the tying thread then securely bind down the end of the rib. Always leave sufficient room for the hackle 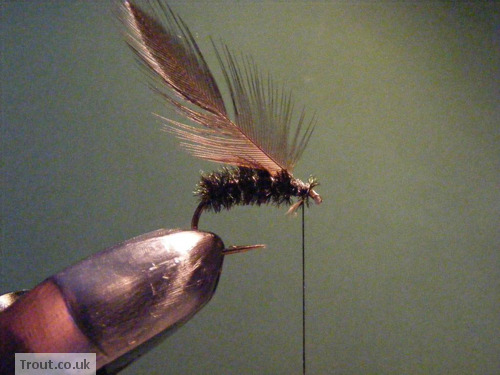 Strip the waste off the stem of the hackle then tie in with the shiny side uppermost. Carefully apply two turns of hackle, stroking back the fibres as you go, ensure that the turns do not overlap.

Bring the thread through the second turn of hackle to behind the eye. Secure the hackle tip behind the eye with three firm turns of thread.

Remove the surplus hackle tip and form a small head, whip finish. Apply a drop of head cement and you are done.
Many purists would argue that this spider is way too long in the body, but on still waters it’s a killer, I have tied a shorter version for comparison below. 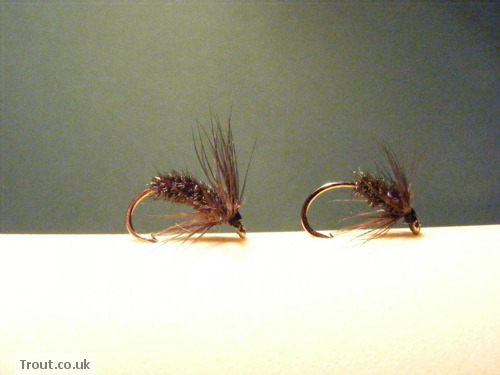 I started fishing at the tender age of three years. Tethered to the bank with a harness to stop me falling in, I usually sat with my grandfather using a tank aerial as a rod – great times. When I reached my twenties I discovered Fly Fishing through a friend who revealed the finer points of casting and fly tying. For the last thirty odd years I have been a dedicated “fluff drowner”, fishing for all game species from Grayling to Salmon, covering the whole of the UK from Devon to The Highlands of Scotland.